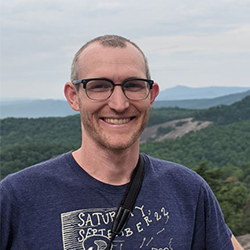 A growing body of work has addressed human adaptations to diverse environments using genomic data, but few studies have connected putatively selected alleles to phenotypes, much less among underrepresented populations such as Amerindians. Studies of natural selection and genotype–phenotype relationships in underrepresented populations hold potential to uncover previously undescribed loci underlying evolutionarily and biomedically relevant traits. Here, we worked with the Tsimane and the Moseten, two Amerindian populations inhabiting the Bolivian lowlands. We focused most intensively on the Tsimane, because long-term anthropological work with this group has shown that they have a high burden of both macro and microparasites, as well as minimal cardiometabolic disease or dementia. We therefore generated genome-wide genotype data for Tsimane individuals to study natural selection, and paired this with blood mRNA-seq as well as cardiometabolic and immune biomarker data generated from a larger sample that included both populations. In the Tsimane, we identified 21 regions that are candidates for selective sweeps, as well as 5 immune traits that show evidence for polygenic selection (e.g., C-reactive protein levels and the response to coronaviruses). Genes overlapping candidate regions were strongly enriched for known involvement in immune-related traits, such as abundance of lymphocytes and eosinophils. Importantly, we were also able to draw on extensive phenotype information for the Tsimane and Moseten and link five regions (containing PSD4, MUC21 and MUC22, TOX2, ANXA6, and ABCA1) with biomarkers of immune and metabolic function. Together, our work highlights the utility of pairing evolutionary analyses with anthropological and biomedical data to gain insight into the genetic basis of health-related traits.