Recent work has extended our general interest in human-faunal interactions to the issue of Pleistocene megafaunal extinctions in North America. In a recent paper, we tested the prevailing climate and overkill hypotheses for these extinctions by constructing summed probability distributions (SPDs) of calibrated radiocarbon dates on a series of the best-dated megafauna taxa and anthropogenic materials to estimate the timing of population declines that culminated in extinction (Broughton and Weitzel 2018). We expected increasing human populations to be correlated with megafaunal declines if hunting caused extinctions but no such trends if climate change was the primary cause. Correlation analyses were used to assess the relationships between megafauna and human SPDs. The results suggest that the causes for megafauna extinctions varied across taxa and by region. In three cases, extinctions appear linked to human hunting, while in five others they are consistent with the effects of climate change. In a final case, both human hunting and climate change appear responsible. 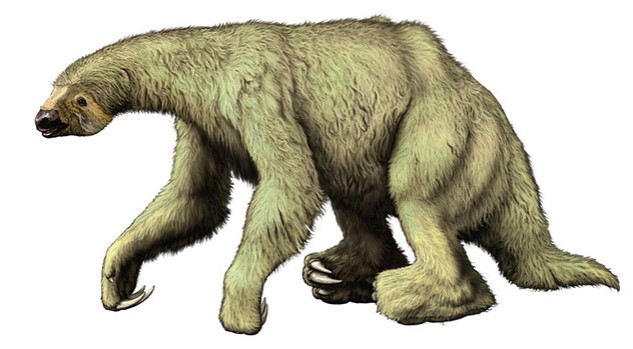 In another paper, we address this issue by comparing the paleontological and archaeological abundances of both extinct and surviving Pleistocene megafauna in North America to evaluate if extinct taxa are underrepresented in kill site localities—an argument repeatedly made as a challenge to the overkill hypothesis.

We empirically address this “Associational Critique” using logic from the prey model of foraging theory and show that the archaeological abundance of a given taxon scales proportionately to their paleontological abundance, as expected if these megafauna—all arguably high-ranked—were each taken upon encounter (Wolfe and Broughton 2020). In general, this analysis suggests that the low number of available kill sites for extinct megafaunal taxa is consistent with the generally low number of fossil records for these taxa during the period they overlap with human hunters. These trends are inconsistent with the Associational Critique, the single most widely-cited empirically-based objection to the overkill hypothesis. 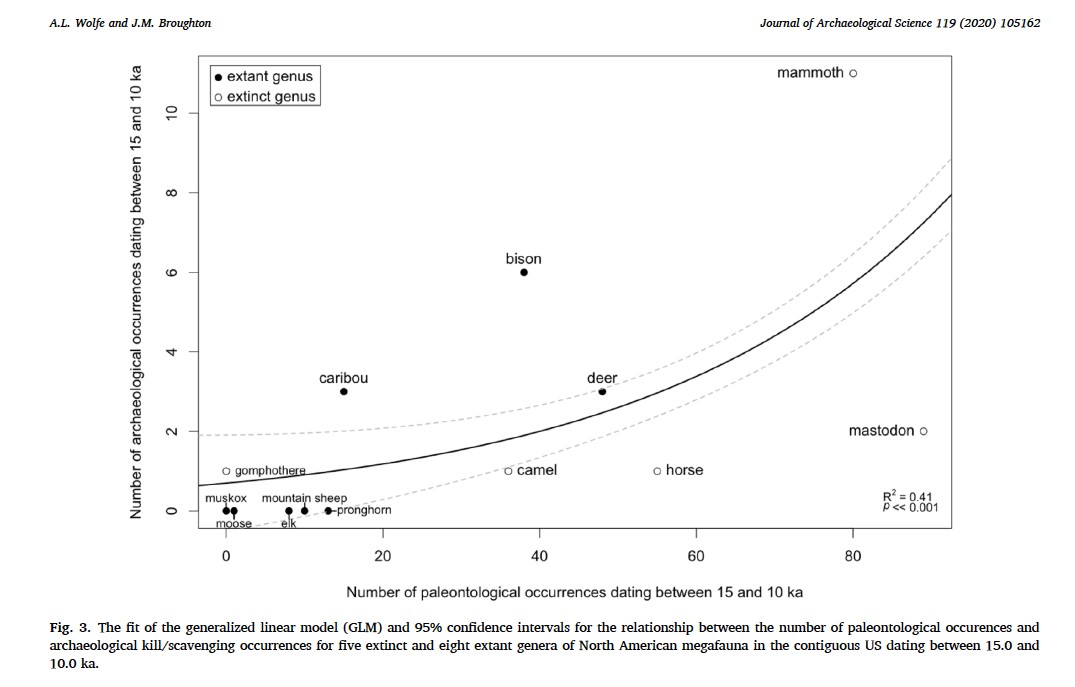 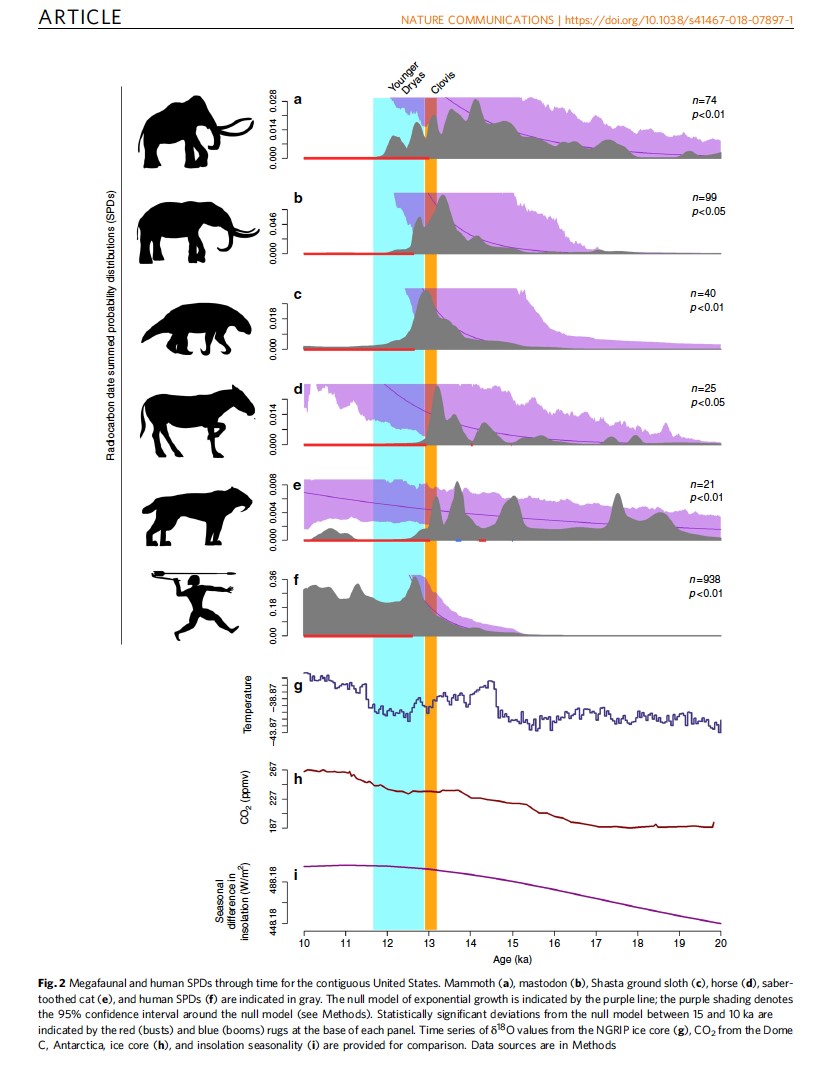