Are We Monogamous? A Review of the Evolution of Pair-Bonding in Humans and Its Contemporary Variation Cross-Culturally 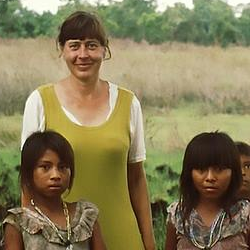 Despite a long history of study, consensus on a human-typical mating system remains elusive. While a simple classification would be useful for cross-species comparisons, across contemporary human societies monogamous, polyandrous, polygynous, and short-term mating patterns are present, with most societies exhibiting multiple kinds of marriages and mating relationships. Further complicating a straightforward classification of mating system are the multiple possible interpretations of biological traits typical of humans used to indicate ancestral mating patterns. While challenging to characterize, our review of the literature offers several key insights. Although polygyny is socially sanctioned in most societies, monogamy is the dominant marriage-type within any one group cross-culturally. Though the timing of the evolution of certain anatomical characteristics is open to debate, human levels of sexual dimorphism and relative testis size point to a diverging history of sexual selection from our great ape relatives. Thus, we conclude that while there are many ethnographic examples of variation across human societies in terms of marriage patterns, extramarital affairs, the stability of relationships, and the ways in which fathers invest, the pair-bond is a ubiquitous feature of human mating relationships. This may be expressed through polygyny and/or polyandry but is most commonly observed in the form of serial and social monogamy.