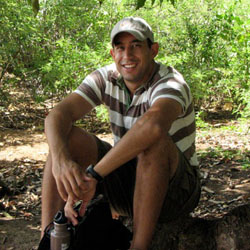 In this article, we present a tool and a method for measuring the psychological and cultural distance between societies and creating a distance scale with any population as the point of comparison. Because psychological data are dominated by samples drawn from Western, educated, industrialized, rich, and democratic (WEIRD) nations, and overwhelmingly, the United States, we focused on distance from the United States. We also present distance from China, the country with the largest population and second largest economy, which is a common cultural comparison. We applied the fixation index (FST), a meaningful statistic in evolutionary theory, to the World Values Survey of cultural beliefs and behaviors. As the extreme WEIRDness of the literature begins to dissolve, our tool will become more useful for designing, planning, and justifying a wide range of comparative psychological projects. Our code and accompanying online application allow for comparisons between any two countries. Analyses of regional diversity reveal the relative homogeneity of the United States. Cultural distance predicts various psychological outcomes.