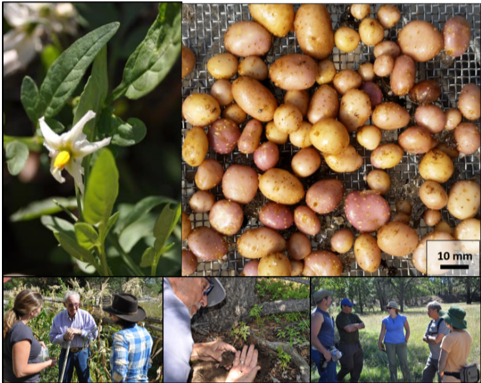 How are wild plants transformed into crops?  The process of domestication is essential for producing nutritious foods that can be grown, harvested, stored and eaten.  It is an interactive process, with humans transporting and cultivating desirable species, thus creating the base of the food chain and a great diversity of plant forms. The common potato, for example, was domesticated over 7,000 years ago in the high Andes and is now the third most important crop in the world, comprising over 4,500 varieties.  And although domestication has occurred and been studied in hundreds of species, only a few plants native to North America were ever domesticated and none of those are from west of the Mississippi.

Recent evidence, however, suggests that a novel potato species, known as the Four Corners Potato (Solanum jamesii) was manipulated by ancient people sometime during the last 12,000 years. The tubers are an important food and energy source because of their nutritional qualities, reliable productivity and ability to persist in the soil. Furthermore, populations of this species now occupy atypical habitats among and within the great

pueblos of the Southwest, evidence that indigenous farming practices included this species. Therefore, a collaborative archaeological, biological and traditional 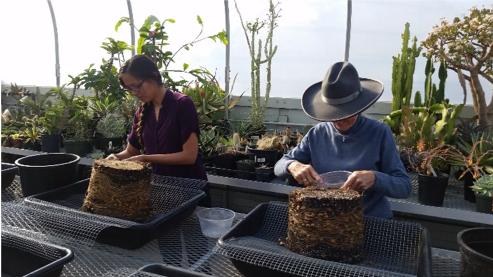 ecological approach is well-suited to provide insight on the initial stages (use, transport and manipulation) in the domestication process. In the broader context, detecting these stages will challenge our understanding of foraging strategies and a long-established scientific paradigm regarding agricultural origins and food choices among hunter-gatherers in North America by identifying the Four Corners as a hitherto unknown center of plant domestication. There are no other places in North America that can claim such a long heritage with a local food.