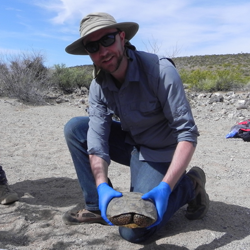 Aims
To evaluate whether the surviving howler monkeys possess advantageous genetic variants inherited from monkeys alive prior to the YFV outbreak, we explored the relationship between Toll‐like receptor (TLR) 7 and TLR8 gene variation and YFV susceptibility.

Results
We did not find different allele frequencies in the post‐YFV exposure Alouatta group compared to the pre‐exposure group. We identified three nonsynonymous variants in TLR7 in Alouatta guariba clamitans. Two of these substitutions are under positive selection in functionally important regions of the gene.

Discussion and Conclusions
Our results did not indicate that surviving howler monkey spossess advantageous genetic variants at greater frequency than those alive before the YFV outbreak. However, the positively selected unique coding differences in A. guariba clamitans are in the region important in pathogen detection which may affect YFV resistance. Morework is necessary to fully explore this hypothesis