Reproduction: The Female Perspective from an Integrative and Comparative Framework 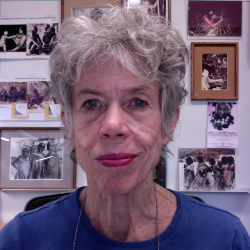 When RA Fisher, GC Williams, and WD Hamilton laid the foundations of evolutionary life history theory, they recognized elements of what became a grandmother hypothesis to explain the evolution of human postmenopausal longevity. Subsequent study of modern hunter-gatherers, great apes, and the wider mammalian radiation has revealed strong regularities in development and behavior that show additional unexpected consequences that ancestral grandmothering likely had on human evolution, challenging the hypothesis that ancestral males propelled the evolution of our radiation by hunting to provision mates and offspring. Ancestral grandmothering has become a serious contender to explain not only the large fraction of post-fertile years women live and children’s prolonged maturation yet early weaning; it also promises to help account for the pair bonding that distinguishes humans from our closest living evolutionary cousins, the great apes (and most other mammals), the evolution of our big human brains, and our distinctive preoccupation with reputations, shared intentionality and persistent cultural learning that begins in infancy.

this publication can be viewed here