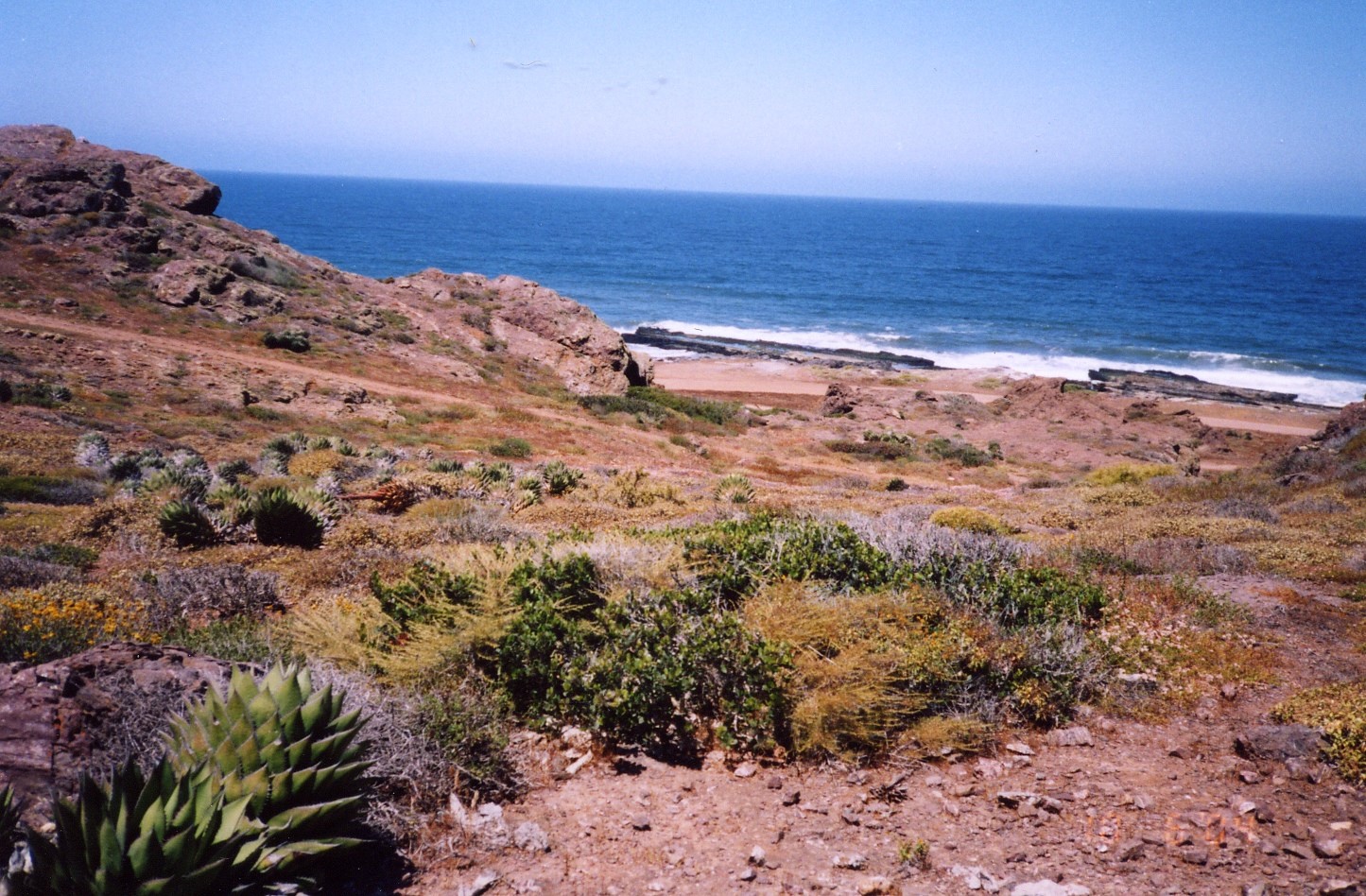 Strong empirical links between trans-Holocene ENSO (El Nino/Southern Oscillation) variation, faunal resource abundances, and the human use of North American landscapes have yet to be documented and is the focus of our NSF-funded investigation of the fauna and archaeology from Abrigo de los Escorpiones, Baja California. 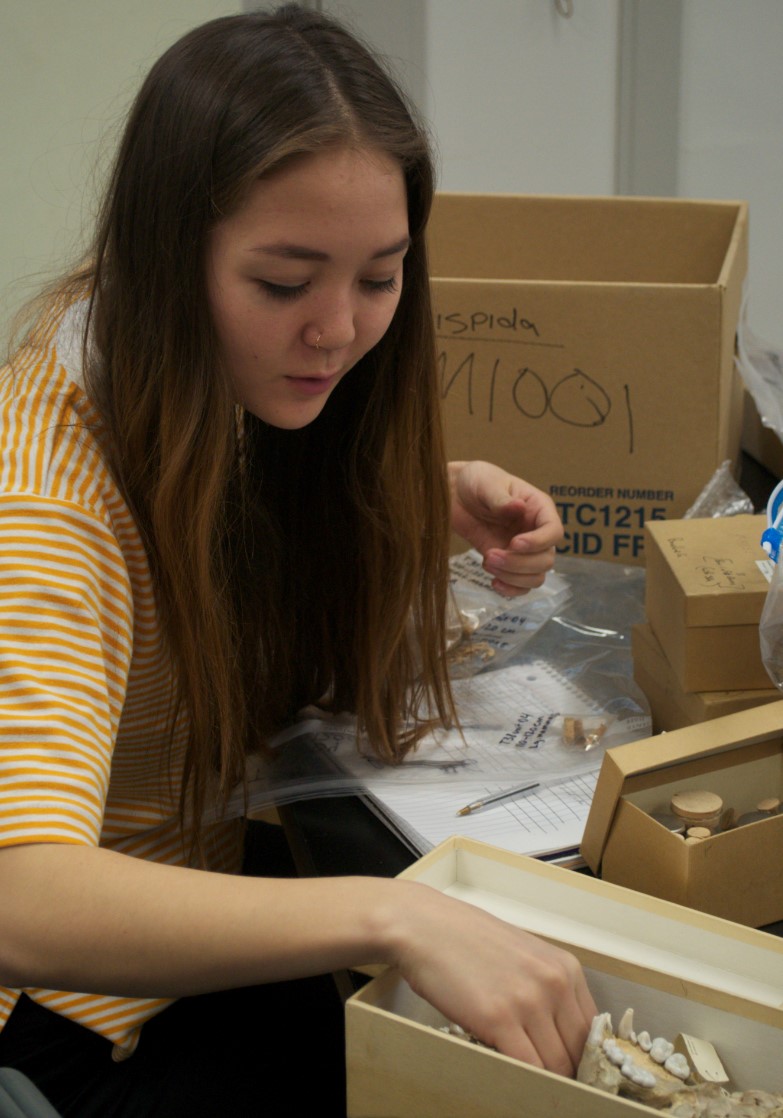 This site is located on the Pacific coast of northern Baja California and produced a faunal assemblage of over 500,000 identifiable marine and terrestrial vertebrate bones and teeth. 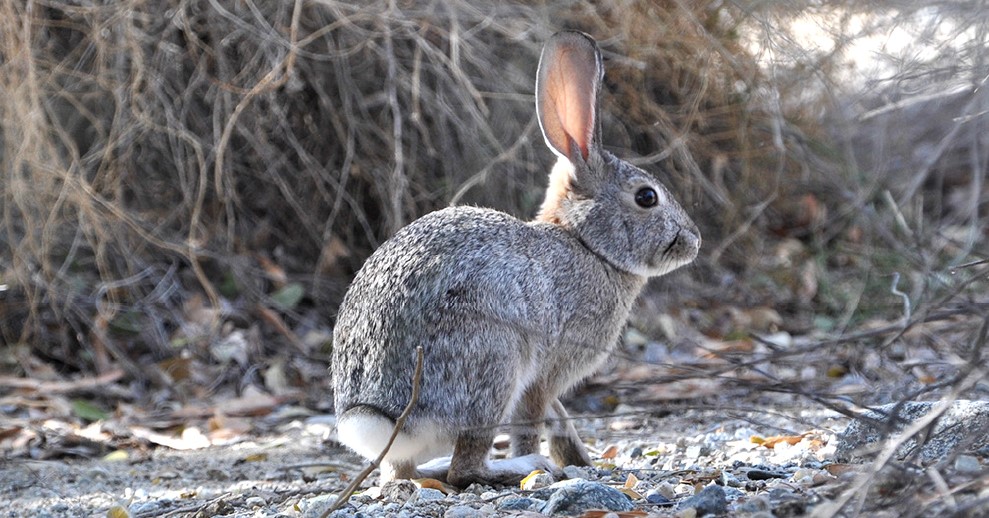 The site represents the largest, well-stratified, continuous, trans-Holocene faunal record on the Pacific coast of North America. A rich record of artifacts (N ~1300) and features (e.g., shell and hearth lenses) attest to a substantial, but intermittent, human use of the shelter. Analyses of the fauna indicate that it provides a ~11,000-year record of the impacts of El Nino on many regional vertebrate taxa. This work has documented significant correlations between existing geological paleo-ENSO records and the taxonomic composition, age structure, body size, and deposition rates among the Escorpiones lagomorphs, rodents, marine mammals, artiodactyls, fishes, and birds (Hart et al. 2015). The episodic human use of the shelter, to judge from artifact frequencies, also scales inversely with the frequency of El Nino, as expected given that marine faunal ecosystems are disrupted by elevated sea surface temperatures. 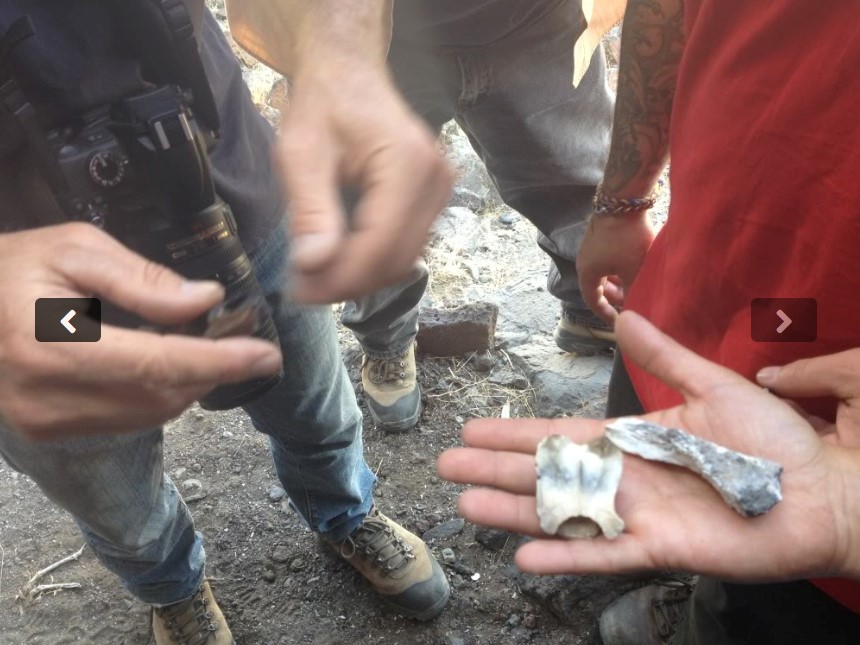 The analysis is also providing a fine-grained test case that is relevant to the more general issue of the factors that influence variability in the human use of marine versus terrestrial resources for peoples that occupied late Quaternary coastal settings in western North America. It is also providing novel data sets from which to anticipate change in future vertebrate populations under a range of forecasted ENSO variation scenarios and thus is of value to the current and future management of marine and terrestrial faunas of the eastern Pacific (Hart et al. 2015). 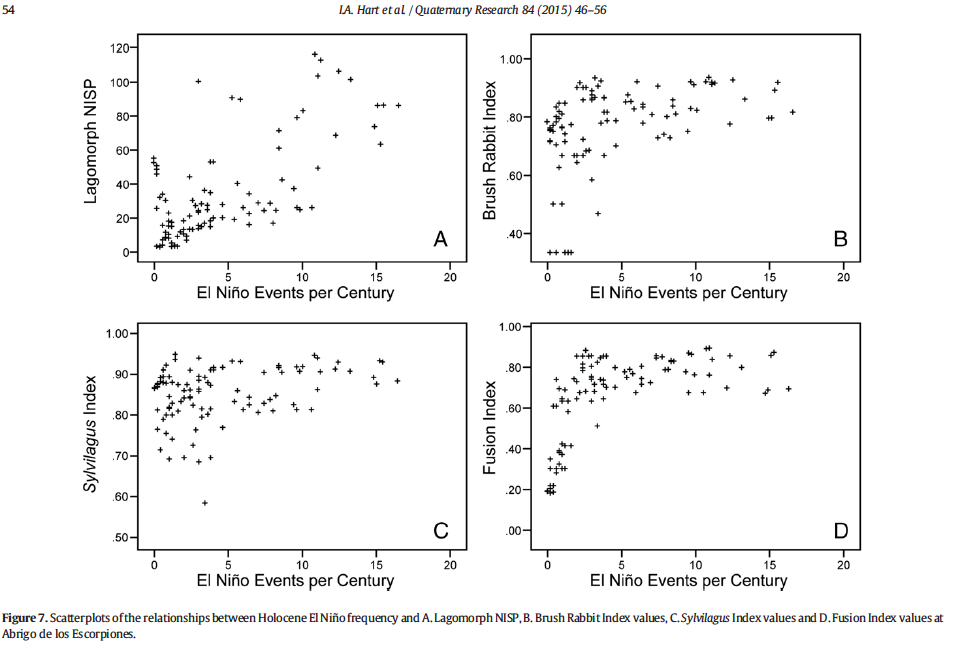 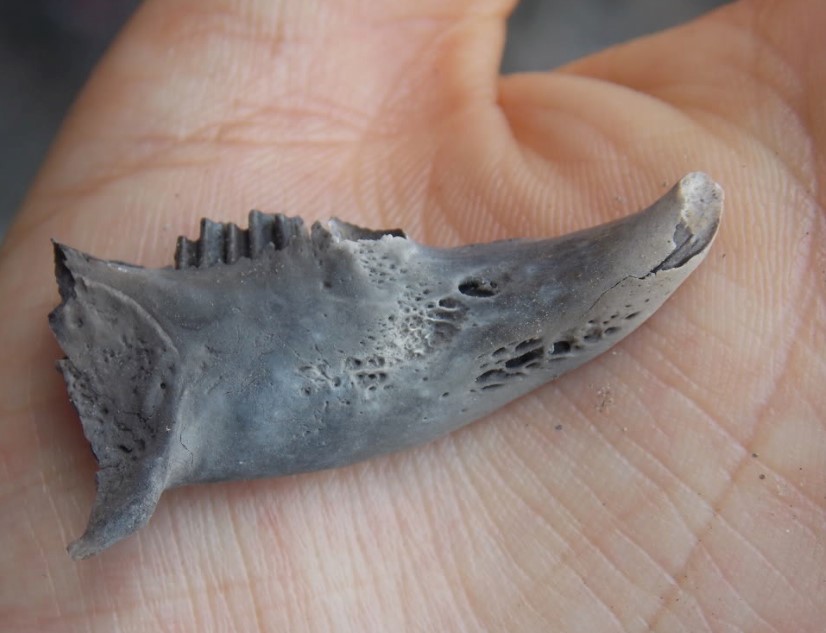